One could look far and wide before finding a hymn as well suited for the Great Vigil of Easter as this John Thornburg (b. 1954) text, which, like the appointed vigil readings, rehearses the history of salvation from the Old Testament through the Resurrection of Our Lord in the Gospels. Here we encounter Abraham, Moses, and Ezekiel as a prelude to the birth, death, and resurrection of Christ. As for the clever accompanying tune, who but Jane Marshall (1924-2019) could tackle such a tricky meter (55 55 443) while also modulating to a new key for every line of the text before returning to the original key for the three-line refrain?

Thornburg is a fourth-generation United Methodist minister whose grandfather was a noted gospel singer, touring as a teenager with the legendary Homer Rodeheaver. After graduation from Perkins School of Theology at Southern Methodist University in Dallas, Thornburg served in parish ministry for twenty-two years before embarking on a new ministry of song leadership and worship consultation. He is now a senior area consultant for the Texas Methodist Foundation. Marshall was a composer, conductor, organist, author, preacher, and teacher extraordinaire. She also held degrees from SMU, where she later served as an adjunct faculty member and taught summer courses in church music. Her published choral works, numbering around 200 anthems, cover a sixty-year span, and many of her hymn tunes, some with her own texts, appear in numerous denominational hymnals. 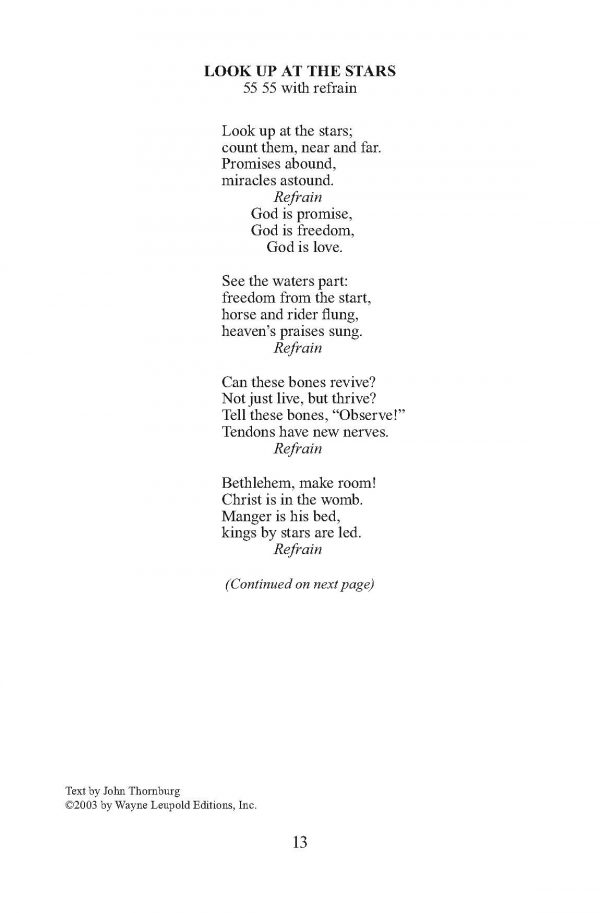 Mark Alan Filbert is Cantor (Organist/Choir Director) for Saint Paul Lutheran Church in downtown Denver, Colorado, a position he has held since 2002. Currently pursuing a doctoral degree in sacred music (DSM) through the Graduate Theological Foundation, Mark holds bachelor’s degrees in sacred music (BM) and music education (BME) from Oral Roberts University and master’s degrees in sacred music (MSM) and choral conducting (MM) from Southern Methodist University. He completed further study in the United States at Northwestern University, Westminster Choir College, Hamline University, the University of South Carolina, and DePaul University, from which he received the Level III Orff-Schulwerk Teaching Certificate, and in Europe at the Netherlands Carillon School, the Haarlem International Organ Academy, also in the Netherlands, and the Centro Pro Unione in Rome. Mark’s scholarly articles and reviews have been published in Reformed Liturgy and Music, The American Organist, and The Hymn. An avid collector of hymnals, he is a Life Member of The Hymn Society in the United States and Canada and has been a featured performer and/or workshop presenter at four national conferences. He is also an active member of the American Guild of Organists, having recently served as Worship Chair for the 2019 Denver Regional Convention, and as Sub-Dean, Dean, and Grant Writer for the Denver Rocky Mountain Chapter. He resides in Aurora, Colorado, with his husband of 29 years, Thomas C. Strickland, and their two cats, Libby and Brubeck. 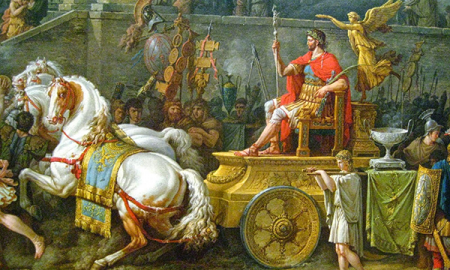 For those congregations that observe the Sunday of the Passion with the Procession of Palms at the beginning of the... read more 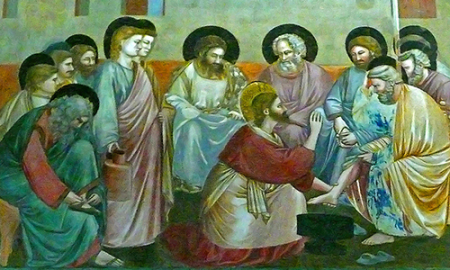 “When Jesus on that Bitter Night” Hymn for Maundy Thursday 2022

This text for Maundy Thursday is one of the hundreds of texts composed by Gracia Grindal (b. 1943) at the... read more 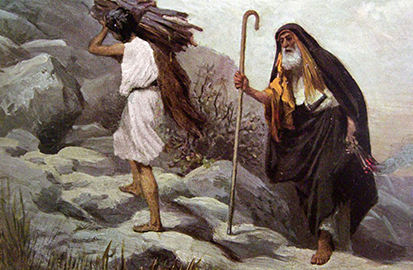 In this text based on a portion of the Passion of Our Lord According to Saint John, appointed every year... read more